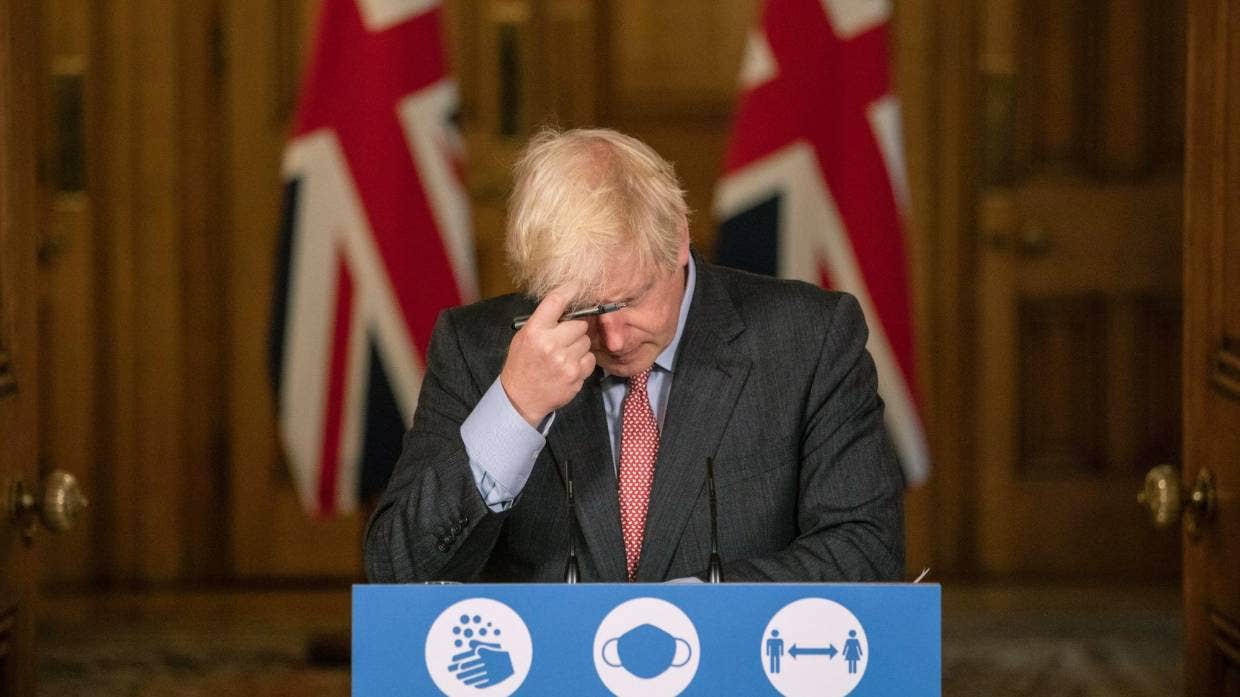 UK Prime Minister Boris Johnson told the nation he was "deeply sorry" for a coronavirus death toll that passed the 100,000 mark yesterday (Tuesday) and accepted "full responsibility" for the grim milestone.

The Prime Minister said it was "hard to compute the sorrow" caused by the "appalling and tragic loss of life" over the past year, during which Britain has suffered the fifth-highest number of deaths of any country in the world.

The latest analysis of the deaths shows that the pandemic has not taken an even toll on society, with a disproportionately large number of people on low incomes losing their lives, particularly in the second wave.

Asked what lessons had been learnt since the beginning of the pandemic, Prof Chris Whitty, the Chief Medical Officer, said that opinion had changed on the usefulness of masks, and that the impact of asymptomatic cases had initially been underestimate.

The ASX is set to take a tumble this morning amid a fall on Wall Street. The IMF has become more upbeat about the global economy, the World Economic Outlook now expects the global economy to grow 5.5% this year. Globally Covid cases ...

Many experts believe Britain's relatively elderly population, high obesity rates and high population density may have played a part in the death rates. Ministers have committed to a full inquiry once the pandemic is over.

During the second wave, people living in the most deprived areas have been dying at a rate up to six times higher than in the wealthiest areas.

Many of them, such as NHS staff, supermarket workers and delivery drivers, have had to carry on going out to work while those in white-collar jobs have been able to work from home.

Johnson promised that when the pandemic was over, there would be a national commemoration to remember and honour all those who had died, including the "selfless heroism" of those "who gave their lives to save others".

There was better news on infections, with 20,089 positive Covid tests reported, the lowest daily total since December 15, as case numbers continued to fall. A total of 6,853,327 people have now received at least one dose of Covid vaccine, up 279,757 on the previous day.

One in eight adults has now received the jab. But Prof Whitty said cases were not coming down in all areas and deaths would remain high for some time.

Another 1,631 deaths were reported yesterday, taking the total to 100,162 since the first official coronavirus death - a hospital patient in Reading - was reported on March 5 last year. It is now believed the first Covid death in Britain may have been as early as January.

Only the US, Brazil, India and Mexico have recorded more deaths, but Britain has a higher death rate per head of population than any of those countries.

Prof Sir David Spiegelhalter, who sits on the Government's Scientific Advisory Group for Emergencies (Sage), estimated that each person has died, on average, 10 years prematurely, meaning one million years of life lost.

Johnson said: "I am sorry to have to tell you that the number of deaths recorded from Covid in the UK has surpassed 100,000, and it is hard to compute the sorrow contained in that grim statistic.

“I offer my deepest condolences to everyone who has lost a loved one: fathers and mothers; brothers and sisters; sons and daughters and the many grandparents who have been taken."

Nine months after Sir Patrick Vallance, the Chief Scientific Adviser, suggested 20,000 deaths would be a "good outcome", Johnson said that to describe the actual death toll would "exhaust the thesaurus of misery; it's an appalling and tragic loss of life".

For all those mourning loved ones, he said: "When we have come through this crisis, we will come together as a nation to remember everyone we lost, and to honour the selfless heroism of all those on the front line who gave their lives to save others.

"We will remember the courage of countless working people - not just our amazing NHS and care workers, but shop workers, transport staff, pharmacists, teachers, police, Armed Forces, emergency services and many others - who kept our country going during our biggest crisis since the Second World War.

“We will commemorate the small acts of kindness, the spirit of volunteering and the daily sacrifice of millions who placed their lives on hold time and again as we fought each new wave of the virus, buying time for our brilliant scientists to come to our aid."

Steve Baker, deputy chairman of the Covid Recovery Group of Tory MPs, said: "The awful truth is that those of us on secure salaries with comfortable homes are often only mildly inconvenienced by lockdown.

“Meanwhile, the terrible toll of both exposure to the disease at work and confinement in sometimes overcrowded homes falls on the low-paid and the young. As Conservatives, we must look in the mirror and ask if it is time to think seriously about social solidarity."

Dr Michael Head, senior research fellow in global health at the University of Southampton, said the inquiry into the handling of the pandemic was likely to find that delayed lockdowns, problems with the test and trace system and the "lax" international arrivals policy had all contributed to the high death toll.

The Archbishops of Canterbury and York urged people of all faiths and none to take part in a "prayer for the nation" every day at 6pm to remember the dead.

In an open letter to the nation, the Most Rev Justin Welby and the Most Rev Stephen Cottrell said: "One hundred thousand isn't just an abstract figure. Each number is a person: someone we loved and someone who loved us."

Office for National Statistics data, which use cause-of-death data from death certificates rather than deaths within 28 days of a positive test, suggest the true death toll could be almost 120,000. Stuff/The Telegraph.

UK’s Secretary of State for Defence, Ben Wallace (front right) and his counterpart Monica Juma at the launch of the army barracks. Photo Kenyans.co.ke

The UK Government has opened a new army barracks in Nanyuki, Kenya.

The new facility was unveiled by UK’s Secretary of State for Defence, Ben Wallace, on Tuesday, January 26. He was accompanied by Kenya's Defense Cabinet Secretary Monica Juma.

The new Nyati Barracks was officially opened at the British Army Training Unit Kenya (BATUK) in Nanyuki as part of a two-day visit to Kenya by the UK’s Secretary of State for Defence.

Wallace took a tour of the refurbished facility and addressed both Kenyan and British troops at the facility, as well some of the hundreds of Kenyans employed by the base.

“I’m delighted to open the Nyati Barracks with Cabinet Secretary Monica Juma as we continue to strengthen our defence partnership together.

“We both have ambitions to make more of the British Army Training Unit Kenya (BATUK), with Kenyan and British soldiers training alongside each other as partners," stated Wallace.

“We want to develop the facility to something beyond just training – and use it as a demonstration of our deepening partnership," he added.

UK High Commissioner to Kenya Jane Marriot, who attended the event, noted that the new barracks reinforced the strong friendship between Kenya and UK.

“Our joint training with Kenyan Defence Forces is one of the many fantastic examples of our partnership on security with Kenya.

"After agreeing a refreshed Security Compact this week, our work together at Nyati Barracks is another sign of our enduring friendship," stated Marriot.

BATUK has been a key component of the British Army’s light roll training delivery for many years, enabling battle-groups to undertake state of the art training in arduous conditions up to five times a year.

The Covid-19 health crisis necessitated a pause in training activities in 2020. Every year 10,000 British troops exercise in Kenya, however, due to the limitations caused by the pandemic, in 2020, 4,500 troops were trained. - Kenyans.co.ke 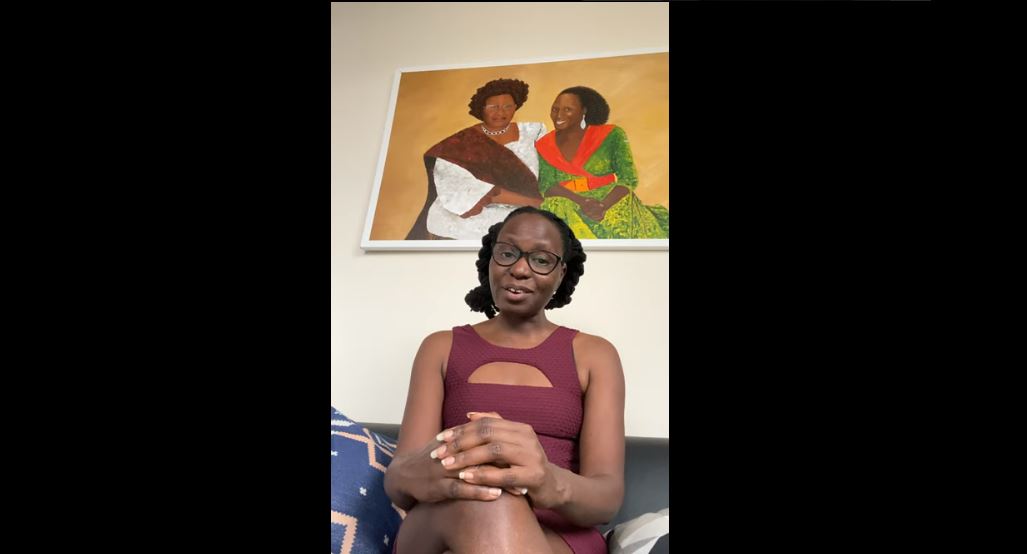 Philanthropists and media mogul Dr Pauline Long has been reflecting on the importance of connecting with people around the world during these Covid-19 challenging times. The graceful humanitarian has recorded a heartfelt message to the world urging people to reach out for another and not treat anyone as a stranger. As a strong crusader and agent of human love, she believes that more than ever now is the time humanity must practice generosity if not through words then through action. Dr Pauline Long said, "The past 11 months have been tough for many of us, we have lost our loved ones, we have lost our colleagues, we have lost our friends, but still we are here. So today I just want to send messages of hope, I know words can't heal where people are hurting but messages of hope can warm the heart."