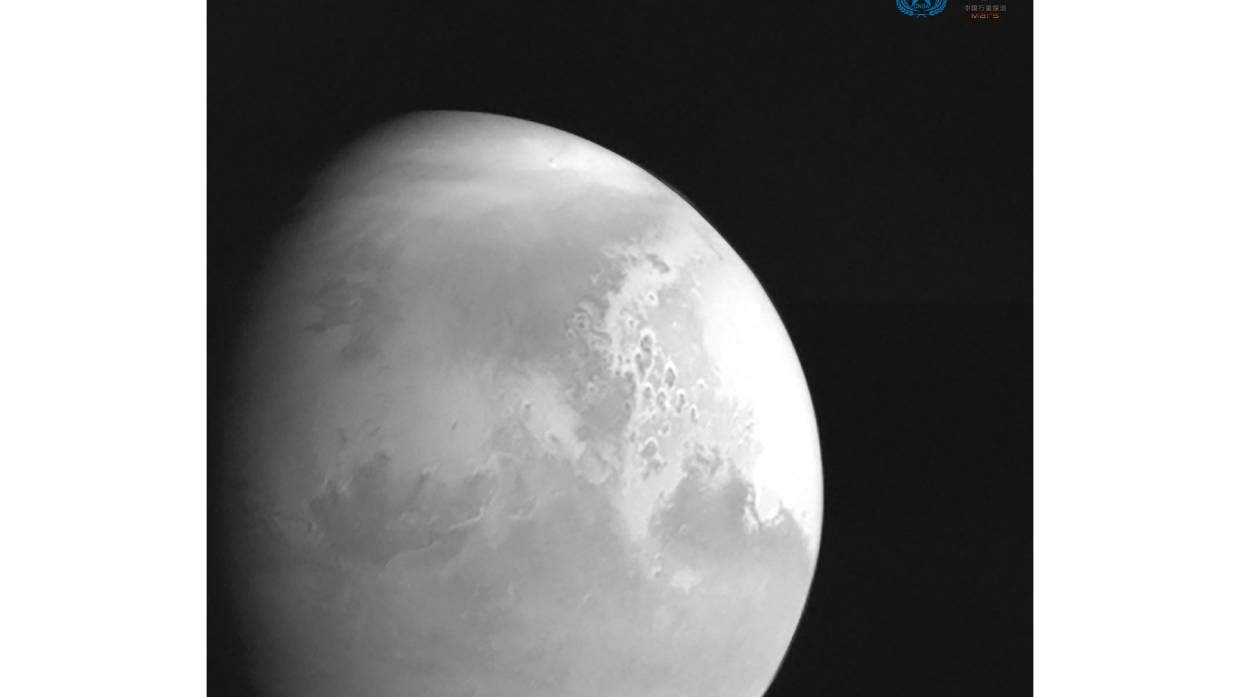 CNSA/AP
A view of the planet Mars is captured by China's Tianwen-1 Mars probe from a distance of 2.2 million kilometres.

China's Tianwen-1 probe has sent back its first image of Mars, the national space agency said, as the mission prepares to touch down on the Red Planet later this year. Short videographic with images of Tianwen-1.

A Chinese spacecraft has gone into orbit around Mars on an expedition to land a rover on the surface and scout for signs of ancient life.

Chinese authorities announced in a landmark step in the country's most ambitious deep-space mission yet.

The arrival of Tianwen-1 after a journey of seven months and nearly 475 million kilometres is part of an unusual burst of activity at Mars: A spacecraft from the United Arab Emirates swung into orbit around the red planet on Wednesday, and a US rover is set to arrive next week.

China's space agency said the five-ton combination orbiter and rover fired its engine to reduce its speed, allowing it to be captured by Mars' gravity.

“Entering orbit has been successful ... making it our country’s first artificial Mars satellite,” the agency announced.

The mission is bold even for a space programme that has racked up a steady stream of achievements and brought prestige to China's ruling Communist Party.

If all goes as planned, the rover will separate from the spacecraft in a few months and touch down safely on Mars, making China only the second nation to pull off such a feat.

The rover, a solar-powered vehicle about the size of a golf cart, will collect data on underground water and look for evidence that the planet may have once harboured microscopic life.

Tianwen, the title of an ancient poem, means “Quest for Heavenly Truth.”

Landing a spacecraft on Mars is notoriously difficult. Smashed Russian and European spacecraft litter the landscape along with a failed US lander.

About a dozen orbiters missed the mark. In 2011, a Mars-bound Chinese orbiter that was part of a Russian mission didn’t make it out of Earth orbit.

Only the US has successfully touched down on Mars – eight times, beginning with two Viking missions in the 1970s. An American lander and rover are in operation today.

China’s attempt will involve a parachute, rocket firings and airbags. Its proposed landing site is a vast, rock-strewn plain called Utopia Planitia, where the US Viking 2 lander touched down in 1976.

Before the arrival this week of the Chinese spacecraft and the UAE’s orbiter, six other spacecraft were already operating around Mars: three US, two European and one Indian.

All three of the latest missions were launched in July to take advantage of the close alignment between Earth and Mars that happens only once every two years.

A Nasa rover called Perseverance is aiming for a February 18 landing. It, too, will search for signs of ancient microscopic life, collecting rocks that will be returned to Earth in about a decade.

China’s secretive, military-linked space programme has racked up a series of achievements. In December, it brought moon rocks back to Earth for the first time since the 1970s. China was also the first country to land a spacecraft on the little-explored far side of the moon in 2019.

China is also building a permanent space station and planning a crewed lunar mission and a possible permanent research base on the moon, though no dates have yet been proposed.

While most contacts with Nasa are blocked by Congress and China is not a participant in the International Space Station, it has increasingly cooperated with the European Space Agency and countries such as Argentina, France and Austria. Early on, China cooperated with the Soviet Union and then Russia. AP/Stuff 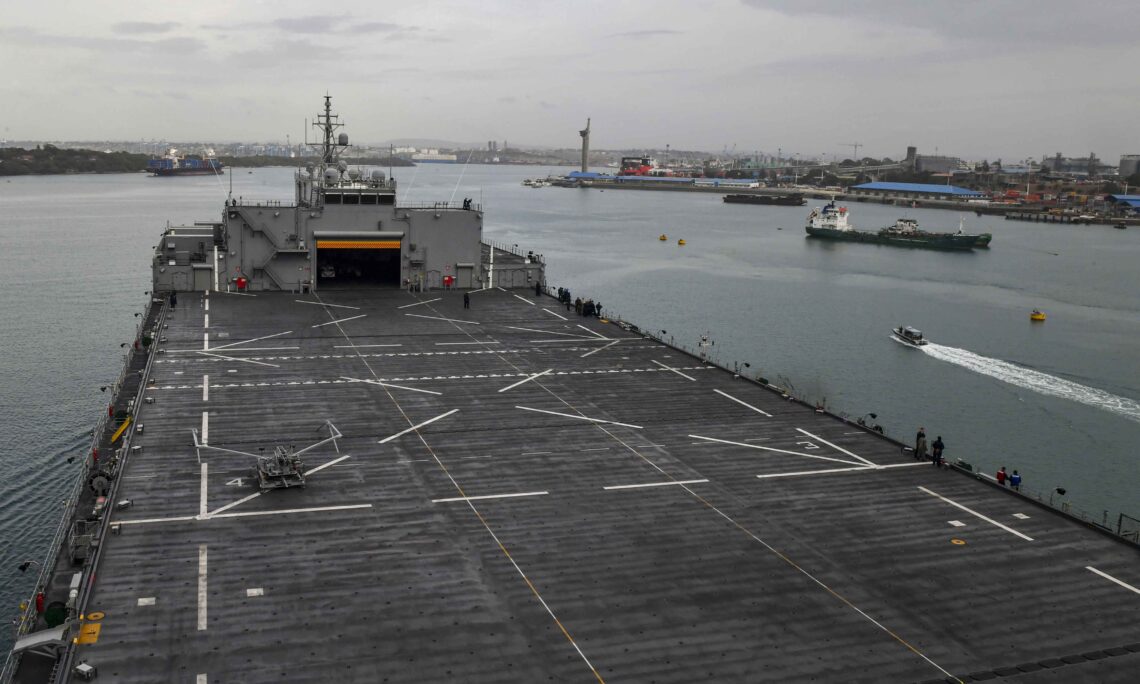 The Expeditionary Sea Base USS Hershel “Woody” Williams (ESB 4) arrived in Mombasa, Kenya for a port visit, February 8, 2021, in support of its 2021 African coast deployment.

Williams is the first U.S. naval ship to enter the port of Mombasa in over a decade.

“Kenya is a close U.S. strategic partner in Africa,” said Capt. Michael Concannon, commanding officer, USS Hershel “Woody” Williams. “Our visit to Mombasa confirms our resolve and commitment to the preservation of security and stability in Kenya and Africa.”

The port visit facilitates engagement opportunities between Kenyan officials and military leadership. Participants will tour the ship and learn about the many capabilities that Hershel “Woody” Williams brings to the maritime security in the region. Due to COVID-19 restrictions, tours will be limited to open space areas of the ship only.

“The visit of the USS Hershel “Woody” Williams is a mark of the deep and enduring relationship between the United States and Kenya,” said Eric Kneedler, Chargé d’Affaires a.i., at the U.S. Embassy in Nairobi. “We are grateful for our close military cooperation.”

Williams is currently deployed to the eastern coast of Africa to demonstrate their growth in strategic partnerships and U.S. commitment to African countries through interoperability training, maritime security and safety to allow for freedom of navigation in the region. The ship’s rotational crew swap allows unlimited operations in the Africa area of responsibility.

Homeported in Souda Bay, Greece, the ship conducts U.S. Africa Command (AFRICOM) missions in the Mediterranean and the waters around East, South, and West Africa to include the southern Mediterranean, operating with regional partners. The ship supports security cooperation missions and operations in and around the African continent.

U.S. Sixth Fleet, headquartered in Naples, Italy, conducts the full spectrum of joint and naval operations, often in concert with allied and interagency partners, in order to advance U.S. national interests and security and stability in Europe and Africa. US Embassy 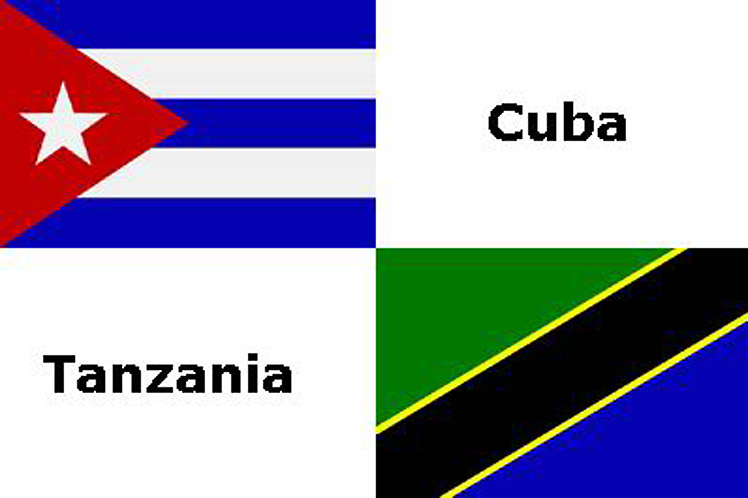 Havana, Feb 9 (Prensa Latina) A new group of Cuban internationalist doctors arrived in Tanzania to contribute to the African country's health system, Cuba´s Foreign Ministry (MINREX) reported.
According to the official Cubaminrex website, Cuban doctors and nurses will serve at the Muhimbili Hospital, as part of the exchange and cooperation between both nations.

Back in 2017, both the Muhimbili Hospital and the Cuban Ministry of Public Health (MINSAP) signed a two-way collaboration agreement 'which is satisfactorily fulfilled'.

Cuba has sent over 400,000 health professionals to 164 countries throughout its history of cooperation, the MINREX reported.

Faced with the present epidemiological situation due to the Covid-19 pandemic, the Henry Reeve Medical Brigade has fought the pandemic in about 40 nations. - Prensa Latina