According to a statement from the Office of the President in Rwanda, on his first day President Kagame will address Rwandan troops deployed in Mozambique. He will also hold bilateral talks President Filipe Nyusi and sign bilateral agreements.

On the second day of his visit, President Kagame will join President Nyusi at a Military Ceremony for Armed Forces Day at Pemba Municipal Stadium.

The visit comes two-and-a-half months after Rwanda’s deployment of a 1000- strong contingent, made up of the army and the police, that recently launched offensive attacks against insurgents in Cabo Delgado province in the north east of Mozambique.

In July, Rwanda, under a bilateral arrangement, was the first to send troops to Mozambique. Botswana followed with a contingent of 296 and South Africa deployed 1,500 soldiers.

Despite initial opposition to the deployment by some members of the Southern Africa Development Community (SADC), both Presidents Nyusi and Kagame have defended the move.

They said it was necessary to counter the rising threat of terrorism and insecurity after the insurgents linked to the Islamic State (IS) group had taken control of most of the five districts in Cabo Delgado in four years since 2017.

President Kagame has defended deployment. He said Rwanda is footing the deployment bill for now, and the troops will stay on to train the Mozambican army. 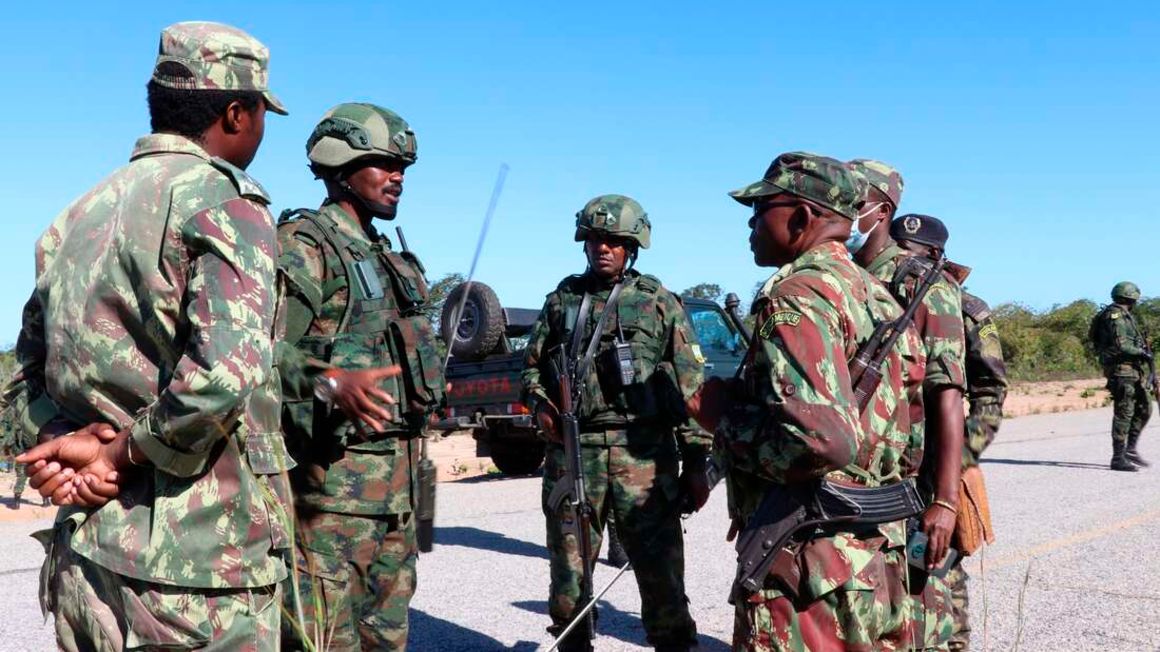 He added that the nature of the threat is regional given that the insurgents not only included Mozambicans, but also Tanzanians, Ugandans, Kenyans, Somalis, Yemenis, Congolese and Rwandans.

“There is nobody who sponsored us for this… Our Minister of Finance knows how much we have been draining into this, but I think the outcome and cause are much bigger than the money we have spent. Maybe we will work with the Mozambican government to fill the gaps that have been created,” President Kagame said on September 5 during a press briefing on national television – Rwanda Broadcasting Agency.

President Kagame's visit to Mozambique comes after his country’s Defence Force Army Chief of Staff, Lt Gen Mubarakh Muganga, commended his forces deployed in Cabo Delgado for “the good work done since their arrival in Mozambique”.

Lt Gen Muganga, who was in Mozambique for a 4-day visit to Rwandan Forces deployed in Cabo Delgado since Saturday, was briefed about the progress of military operations against terror groups.

He was welcomed by the Joint Force Commander Maj Gen Innocent Kabandana.

Lt Gen Muganga urged the Forces to keep the momentum and continue to be good ambassadors of Rwanda.

“He further conveyed a message of appreciation from the RDF Commander-in-Chief, HE President Paul Kagame, for the security achievements gained since the Force's arrival in Cabo Delgado,” Rwanda Ministry of Defence (MOD) said in a tweet.

On September 10, the US Government and the Government of Mozambique concluded the second Joint Combined Exchange Training (JCET) of the year and at the closing ceremony were representatives from the US Embassy in Mozambique, the US Special Operations Command Africa (SOCAFRICA) and the Mozambique Armed Defence Forces (FADM), the statement says.

“The US remains dedicated to assisting Mozambique to combat terrorism and prevent the spread of violent extremism,” the US Ambassador to Mozambique Dennis W. Hearne was quoted as saying.

“The US Department of Defence plans to conduct future JCETs with the FADM Fuzileiros and Commandos who are tasked with countering the spread of terrorism and violent extremism in Mozambique,” he was further quoted.

In July and August 2021, the US Department of Defence also conducted a second round of medical training with members of the FADM.

More than 60 soldiers participated in Tactical Combat Casualty Care and Combat Lifesaver courses that will directly improve the survival rate of Mozambican soldiers in combat, the statement added.

“Medical personnel who participated in the training are now certified to give this Combat Life Saving training to their fellow servicemen”.

Additionally, members of the FADM participated in the regional maritime exercise – Cutlass Express, it also said.  By Arnaldo Vieira and Johnson Kanamugire, The East African